Pride, Prejudice and Unemployment: lesbian women and gay men in the labour market 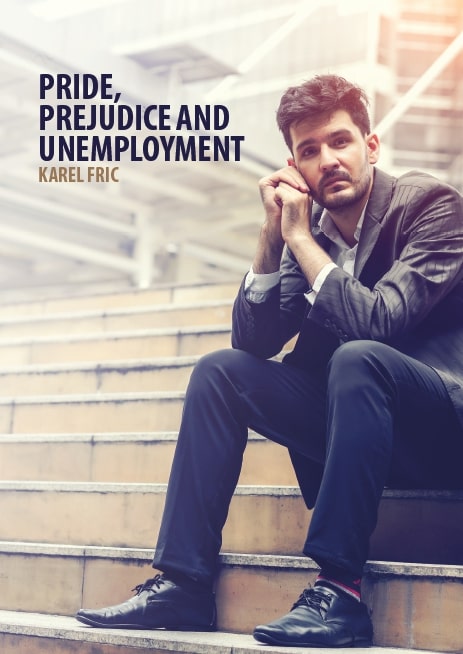 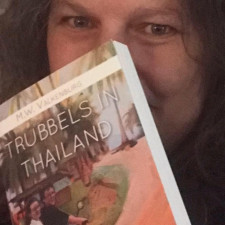 What motivated you to choose this research topic?
The stereotype of being successful and wealthy contrasted sharply with the experiences of my lesbian and gay friends. For me, these conflicting images prompted me to focus my PhD research on whether lesbians and gays really have better results in the labour market than straights. What’s more, the topic of discrimination against lesbians and gays in the labour market didn’t get much attention in academia until the early 2000s. This is slowly changing now, but many EU countries – including my home country Czechia – seem to lag behind.

How did you conduct your research? What were your objectives?
I used data from the EU Labour Force Survey to investigate how heterosexuals and homosexuals relate to each other in the labour market. My research covered up to twenty-two EU Member States, depending on the type of the analysis and data availability. Additionally, I used EU LGBT Survey data collected by the European Union Agency for Fundamental Rights (FRA) to look closer at the behaviour and experiences of lesbians and gays in the labour market.

Tell me about your findings. Are homosexual people unemployed more often than heterosexuals?
If we look at the averages, gay men (6.1%) and lesbian women (6.1%) in my sample had lower unemployment rates than straight men (6.9%) and women (6.7%). This seems to support the stereotype: lesbian women and gay men are well off and have a lower unemployment rate than straight people.

But general statistics can be deceiving, especially when the underlying populations have different characteristics. This turned out to be the case in my research. The lesbian women and gay men in my sample were all out of the closet, otherwise they would not have been represented in the data. Compared to heterosexual women and men, the lesbian women and gay men in my sample were on average younger, more educated, and had no children in their household. This does not mean that gay men and lesbian women in the general population are actually younger or more educated and such than straight people. It does indicate that homosexuals with such traits were more likely to reveal that they have a same-sex partner in the survey.

When I controlled for characteristics such as age and education, the picture changed: gay men with a partner were more often unemployed than straight men and, moreover, their unemployment lasted longer on average. Among lesbian women, the unemployment rate was comparable to heterosexual women, but the unemployment duration was shorter for lesbian women.

Did that surprise you?
Indeed, shorter unemployment durations of lesbian women compared to their straight counterparts was unexpected to me. After all, numerous experiments, conducted by different researchers in different modes, contexts and countries, have shown that lesbian women are discriminated against when looking for a job because of their sexual orientation.

One possible explanation is that employers usually do not recognize that they are dealing with lesbian applicants, which limits the chance of discrimination. Another explanation arises from the theory of labour market specialization: lesbian women are expected to invest more in their labour market-related human capital than straight women, because they are more likely to be breadwinners than straight women. This can make lesbian women's resumes more attractive to employers. Primary earners might also be perceived as more reliable – for example, if a child gets sick, it’s usually the secondary earner who takes care of the child and is absent from employment. As such, primary lesbian earners may not experience the motherhood penalty that many other women suffer from.

You mentioned earlier that the lesbian women and gay men in your research were all open about their sexual orientation. Does openness affect their chances on the labour market?
I turned to data from the EU LGBT survey to study the employment behaviour and experiences of tens of thousands of lesbian women and gay men across the EU. I assumed that openness about one's sexual orientation would be an important determinant of workplace experiences. However, openness was found to be only weakly related to the experience of discrimination at work. This came as a surprise to me.

A closer look at the data provided an explanation: lesbian women and gay men were more likely to hide their sexual orientation in workplaces that were more hostile to sexual minorities and where they were more likely to be discriminated against. In short, coming out in the workplace does not necessarily mean that you will experience discrimination – that depends on whether the workplace is friendly or unfriendly towards sexual minorities. Sexual orientation in itself doesn’t say much about discrimination in the workplace. It strongly depends on the culture in that workplace.

The data also suggest that gay men and lesbian women who were discriminated against at work were more likely to be unemployed. Employees who face discrimination may experience poorer relationships with people, jokes, transgressions or social exclusion. Small disadvantages can accumulate over time and in the long run result in a tangible disadvantage: lower salary, being skipped on promotions, being given less suitable tasks and no permanent contract, and sometimes even layoffs.

Employees who face discrimination may also decide to quit their job themselves. For example, one lesbian respondent from Poland commented: “When my boss found out I was gay, she didn't fire me (of course she couldn't), but she just started doing everything so that I would quit myself. It took her a month to break me – I actually stopped and she reached her goal.” My research shows that, on average, lesbian women and gay men stay with a particular employer for a shorter period of time than heterosexuals.

The second EU LGBT survey shows that in 2019 only 17 percent of discriminatory incidents against LGBT people at work were reported. The rest never appears in the official statistics. This under-reporting lowers the chance that individual cases of discrimination will be resolved.
In some EU countries, this may give the impression that discrimination against lesbian women and gay men at the workplace is a marginal problem. A lack of public awareness can lead to an inadequate policy response and perpetuate stereotypes that lesbian women and gay men are actually the ones being favoured.

In your personal opinion, what should change? What can employers do?
Employers should adopt equality policies that explicitly cover sexual orientation. These policies shouldn’t be just a paper tiger. Management should lead by example that discrimination or harassment of any kind won’t be tolerated. It’s also important to address the stigma related to being gay or lesbian at work. Employers should raise awareness that lesbian and gay coworkers exist in their workplace, but sometimes choose to remain in the closet to avoid potential discrimination. These personal choices must be respected. Workers and employers should also be trained to be more sensitive to minorities and to avoid behaviour that could be hurtful, for example inappropriate jokes and comments.

About Karel Fric
Karel Fric (Czechia, 1984) is a social scientist, specialized in statistical analysis, research methodology, labour market issues, inequality and discrimination. In October 2021, he obtained his PhD with the thesis Pride, Prejudice and Unemployment at Erasmus University in Rotterdam.