The reclamation of slurs, part 1: ‘bitch’ 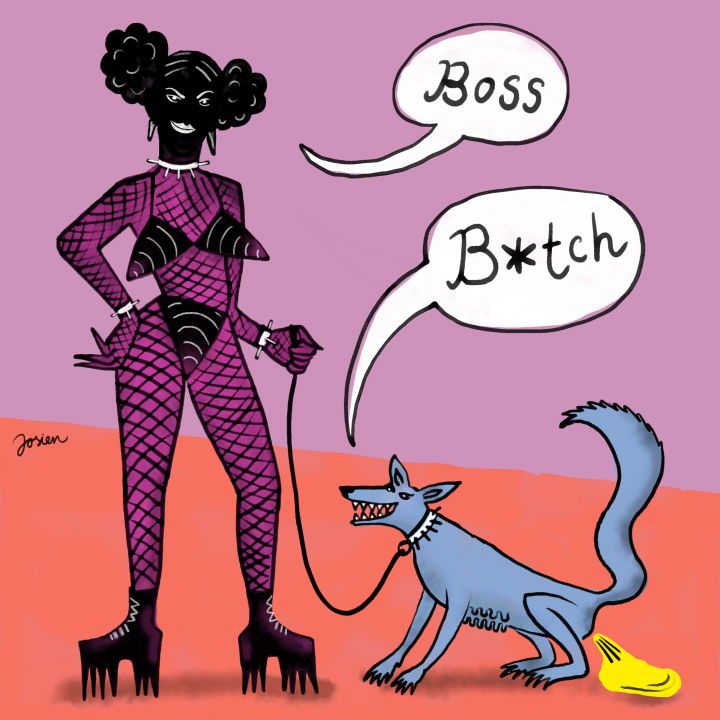 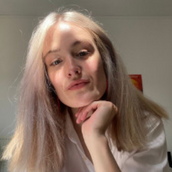 It may sound a bit strange, using an insult as a badge of pride. Today it is known, however, as a process called ‘reclamation’. A means by which marginalised group members consciously label themselves with words once used to hold them down. Doing this allows a sense of ownership of the self, something that's lost after facing years of oppression and prejudice. As a result, some slurs (partly) lose their negative meanings. In this three-part series I will explore how discriminating language evolves through time. To show you that language in general is not rigid, but continuously adapts to our changing views of others. This first article covers sexist language, in particular the term bitch.

In 2020 Doja Cat released her new single Boss Bitch. It was an instant success and climbed numerous charts around the world. Strikingly, the word bitch is used at least 32 times in the song. Not as an insult, however. On the contrary. In this case, bitch refers to strong confident women, who speak their minds and stand up for what they believe in.

Like many other women, Doja Cat reclaims bitch, by using it in a positive way. This goes against the ‘normal’ usage of the term. In our society, bitch is generally considered to be one of the most offensive slurs directed towards women. It can often be heard in daily conversations not only of English speakers, but speakers worldwide. Nevertheless, when tracing back the evolution of bitch, it becomes apparent that the word has not always been used in a derogatory way.

Woman or beast?
Centuries ago, around 1000 A.D., the word bitch was considered a neutral term in Old English. It merely meant ‘female dog’ and was not associated with female humans in any way. However, artist Barbara Walker states that the origins of bitch date back further. She explains that, in Ancient Greece the term served as a sacred title for the Goddess of the Hunt, Artemis-Diana. Who was often portrayed in company of dogs, or even as a dog herself. In other words, bitch once referred to a strong, powerful woman. Who would have thought?

So when did the term catch on as the universal female insult? Sociologist Sherryl Kleinman suggests that, as Christian ideology took hold in Europe, the existing image of women as powerful and divine was supressed. The expression ‘son of a bitch’ arose and was used to impugn a man who worshipped Artemis-Diana. Besides this, in the 15th century bitch was being used to diminish sensual or promiscuous women to a dog in heat, Kleinman continues. Writer Charles Hodgson notes that it was better to be considered a prostitute than a bitch. At least as a prostitute you stood to gain financially from your sexual favors.

That said, bitch was not a popular insult in Old English. It is only in the 1920’s that its use ballooned, according to Historian Geoffrey Hughes. When women got the right to vote during the suffrage movement, men became threatened by their power. It is in this time period that bitch was used to describe women as bothersome and annoying. The original dog-related meaning became scarce, as it is today.

Today’s problem
In modern society, bitch still primarily embodies hate towards women, connoting undertones of untrustworthiness, inferiority and promiscuity. However, the word has splintered and can now be used in several ways. Unfortunately, all of which are still hurtful to women, only in a less apparent manner.

For instance, today a man can be equally called a bitch, Kleinman explains. By doing this, you suggest that he is fragile and – dare I say it – feminine. The slur can also be heard as a generic noun, in phrases such as ‘Life is a bitch’ and ‘I’m going to make that test my bitch’. These expressions imply that femininity is something that can be dominated or vanquished. Which does not apply to masculinity, as it sounds strange to say ‘Life is a dick’. Recently, even a verb got denoted from bitch: bitching. It refers to something women presumably do: whine about nothing.

‘Me and my bitches’
Nevertheless, as mentioned before, a lot of women are reclaiming bitch. They are taking back their identity by labelling themselves as bitches or use it as a sisterhood term, to indicate kinship and endearment. Such as: ‘Bitch, I love you’. Especially in pop culture and hip-hop music bitch often functions as a positive term. Besides Doja Cat, many other artists use the word to express female empowerment, including Nicki Minaj, Madonna, Meredith Brooks and more.

Although not everyone applauds this bitch-reclamation movement that has arisen, I find it highly admirable, especially as a woman myself. The word has become a true flagship for feminism. According to an article in Vice, the 90s in particular were a time of critical rebranding for bitch. Woman who had previously avoided the term now started to embrace it. In 1996 feminists Lisa Jervis and Andi Zeisler even founded an online magazine called Bitch media. They specifically chose the title as a feminist response to mainstream media: “… we stand firm in our belief that if we choose to reappropriate the word, it loses its power to hurt us. And if we can get people thinking about what they’re saying when they use the word, that’s even better.”

By using bitch in a positive light, the word seems to be losing some of its negativity. However, it should be noted that not everyone can use the term freely. When a man greets a woman by saying ‘Hey, what’s up bitch?’, this will likely not be appreciated, unless perhaps when they are close friends. It is a term that namely women use among themselves. I genuinely hope however, that in the future bitch will have lost all of its negative meaning. Which could mirror that our society finally looks at women differently.

About the series
Beside sexist slurs, tons of other derogatory terms circulate within our society. When people do not live up to the norm, terms are adopted to oppress them. In that case, words turn into weapons that can inflict deep wounds. Unfortunately, for some groups in particular there is a veritable arsenal of offensive terms available. As professor of linguistics Miriam Meyerhoff notes, the only group of people who seem almost immune to this kind of derogation are heterosexual, white, middle-class men. And to be even more precise: cis men.

It is because of this injustice that I am devoting a three-part series to inequality in and reclamation of language. Also, as a linguistics graduate, I’m curious to find out more about the origins of slurs. How they arose and changed through time, in accordance with our changing views of the world.

This very first article was devoted to sexist language. In the next article I will focus on the n-word, as an example of racist terminology. Finally, the last article will be about LGBTQIA+ related slurs.

Support LOVER!
LOVER runs solely on volunteers and donations. Do you want the Netherlands' oldest feminist magazine to continue to exist? Help us with a (one-time) donation. Every euro is welcome and appreciated. More information can be found here.